When Your Body Tells You What Your Brain Won’t 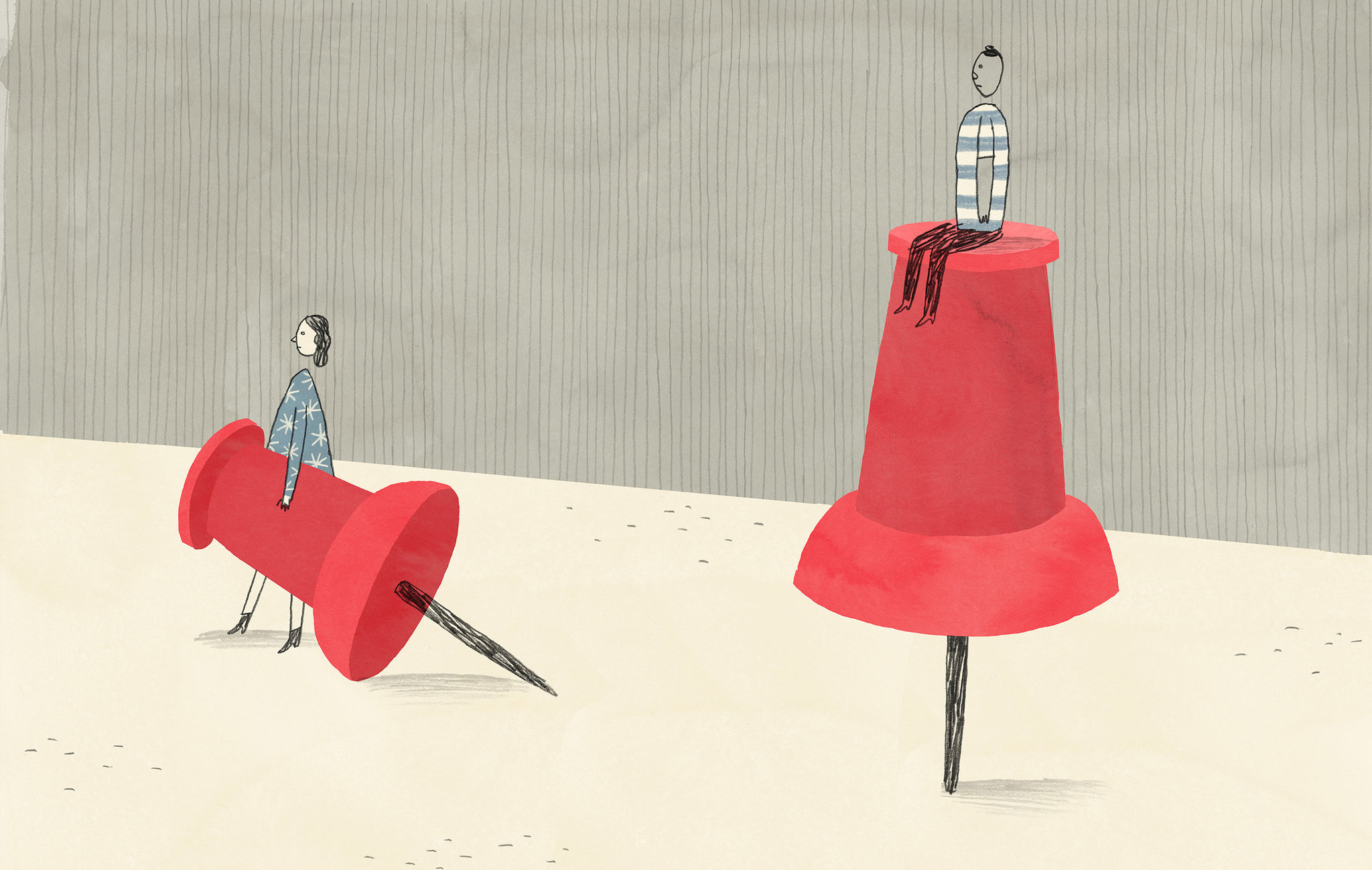 All day we had bicycled the cobbled streets of St. Augustine, Fla., a town once invaded by conquistadors. Now the Spanish buildings stood crumbling but beautiful along the water. We had been drinking, which gave him courage.

He said he wanted to marry me, and then we calmly discussed how and when. We asked the questions you are supposed to ask about committing to a life together: money (we agreed we would never have much), location (on the road, as much as possible) and children (four or five — it would be a raucous home).

We already had planned travel the following year to Tokyo, Sydney and Mumbai, by train and plane and bus. We had picked out a spot to build a cabin near Susquehannock State Park in Pennsylvania, for when we got back, a place with the clearest night skies. We planned to have dogs and cows and chickens.

But in the days after we returned home from St. Augustine, I flinched every time he touched me. He noticed and quietly asked why. I told him I was just a doubter, especially about the institution of marriage, and he nodded. This he already knew.

On and off for a decade, I had been working on a book about marriage, interviewing people about their own. In at least one instance, I had watched infidelity unravel a couple. Though the husband was often away, I felt on edge as I watched the hurtful things his wife did to him once she decided she wanted to be with someone else, or when she confided to me excitedly about the next time she would see the other man.

I was convinced that in my marriage I wouldn’t make the same mistakes as this wife, or as my father, who had been unfaithful more than once and was now contemplating marriage No. 4. I told myself that, despite my own past struggles with fidelity, I would do it better this time.

I would get married and stay married, and when we had relationship issues we would talk about them, not stray. And I promised to take lessons from couples I interviewed, who seemed not to expect too much of their spouses or wonder if there may be someone better.

For three years, I thought I had it figured out. We lived together in a red-doored rowhouse he had built and designed himself and that I filled with my presence and my things. Though he was an architect, the house remained mostly unfinished, with no interior doors or railings. But if I ever complained about this to my mother, she would say, “You know, the cobbler’s wife never has any shoes.”

On the walls were maps with pins marking all the places we hoped to visit. In the mornings, our dog nudged our faces to wake us up. In the afternoons, she snored at our feet. When we lay down in our too-high bed, it seemed that nothing could touch us.

The next year, a few things changed. I got a new job and became a creature of the day. He now worked at night. He also learned that his job would prevent him from moving for several years, which meant our plans for travel and a cabin would have to wait. There was also an election, and the future suddenly seemed shaky.

I wanted to discuss it with him, but he was often tired. He had always worked too hard. At night, I fell asleep alone.

Soon I began to talk about the news and bigger worries, and dreams of other cities, with other people, which only reminded me of what he and I were not able to talk about. Early in our relationship he had forwarded me the results of a personality test he had taken as a child that warned of a lack of interest in“more searching answers” to life’s bigger questions, and that “‘once over lightly’ seems to be the rule.”

We had joked about these results, but I also told him I thought this was how he stayed so buoyant.

Now I realized it meant there had always been a set of closed doors between us, doors I may never walk through. One night we watched a TV show about a troubled marriage. When I tried to talk about it afterward, he told me there was nothing to say. At that moment, he felt very far away.

Around this time, a man I had worked with began sending me links to music, the kind of folk-blues songs that got inside you and unsettled parts better left untouched. He and I were both anxious people, and we began having long conversations about things that worried us and places we would rather be. At night, I listened to the songs he sent me, or the music of old punk bands I used to love, with lyrics that asked me questions about freedom whose answers I didn’t like.

One night, after one of these songs ended, I found myself writing a story about our story’s end. I wrote it on an empty envelope that had been addressed to us as I sat by our records and the map on the wall. As I was cutting a pizza, I wondered idly who would get the pizza slicer. I thought about how I would make eggs only for one. As I wrote, I felt as if I were on the outside looking in, making a decision without being a part of it. Being on the inside would have hurt too much.

On a Friday night soon after, I kissed the man who sent me the folk-blues songs. When I came home and got in bed, my whole body itched. I thought of the unfaithful wife I had interviewed who had believed it was wrong to let the other man kiss her, but she also knew she would go wild with loneliness if she didn’t.

Something came apart in me after that. In life, there are certain truths you hold on to: “I am good.” “We are good.” When a truth you believe in falls away, a friend told me, everything seems uncertain. I stopped eating, sleeping and caring what I wrote or what I did.

There was no outrunning pasts — that was what I saw now. There was no papering over flaws with research and interviews. When I had interviewed the wife about her infidelity, I had inwardly judged her for what she had done. Or maybe I had been judging myself, predicting all along that this would happen.

In the days that followed, I packed my books and clothing in a suitcase and then took them out again. I told myself the right thing to do was to let him go so he could build a cabin near Susquehannock State Park with a woman who kept her word, but I couldn’t convince myself to leave. I kept remembering how he brushed his hair back and blinked at the same time. For some reason, this tiny movement is what I loved about him most.

The day he said he wanted to marry me, there was sand in the sheets from our day at the beach, but then I remembered (though I wanted to forget it) how that night my body had said no.

Maybe it was true what people said, that the body tells you what your head doesn’t want to. Maybe, even if I hadn’t figured out marriage from interviewing those who had embarked upon it, I had learned that some people are right for you and some are not.

I repacked my things in the suitcase, took a few pins out of the map on the wall. I gazed at the holes where the pins had been. I couldn’t bear to remove the rest. I called a friend and made hard plans to leave, plans I couldn’t undo. And I thought about another truth I held on to, which is that people are not fixed — that we’re not doomed to keep repeating the same mistakes.

Months after he and I broke up, we met for a drink and joked again about the results of that personality test. We laughed about it, our incompatibility, but I also sensed how sad we thought it was.

Later, I went back to my marriage interviews, looking for an answer. I read and reread certain pages and lingered on the final ones. As I did, I saw that when I asked the unfaithful wife to describe herself in the years ahead, she described only a better version of herself and a more hopeful future, one where cheating did not play a role.

Unlikely as it may seem, I found myself believing her.